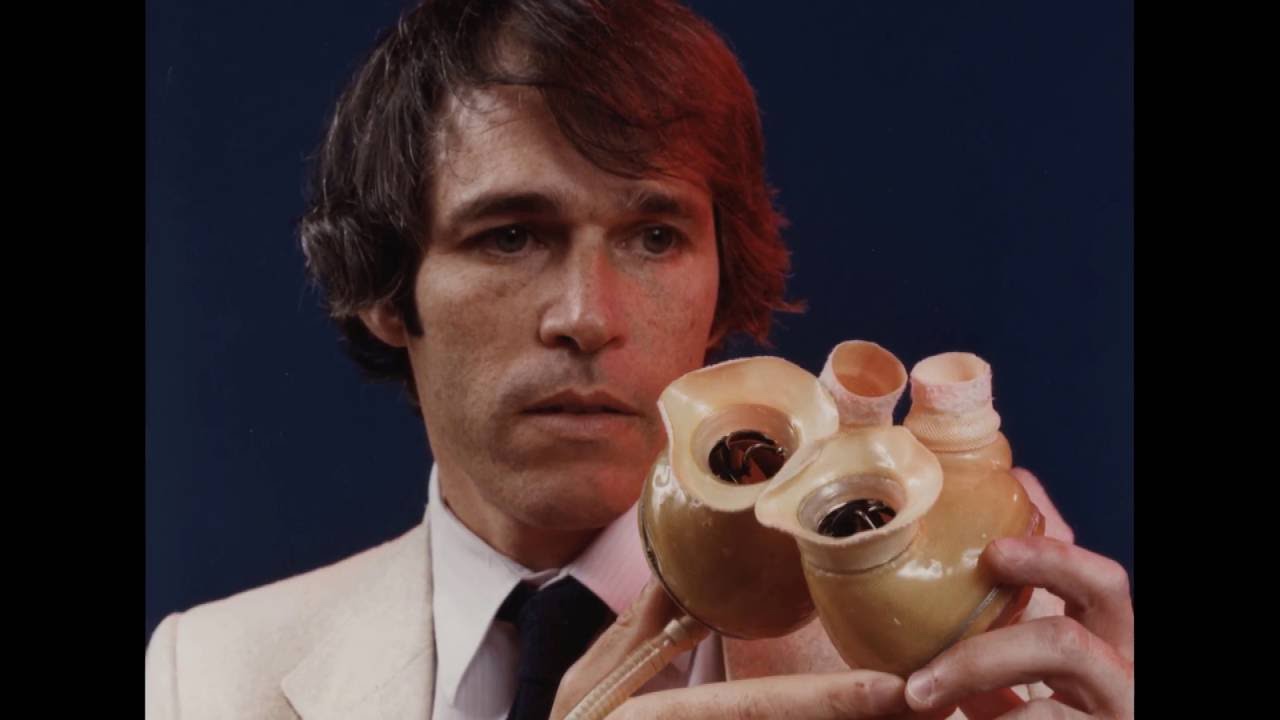 The First Artificial Heart was transplanted at the University of Utah in 1982.

On December 2, 1982 cardiothoracic surgeon William DeVries, MD at the University of Utah removed Dr. Barney Clark’s ravaged heart.  It was replaced with the world’s first permanent artificial heart, known as the Jarvik-7, named after former U of U physician and inventor Robert Jarvik, MD.  This aluminum and polyurethane device was connected to a 400-pound air compressor that would accompany Clark during the last 112 days of his life.

In 1982, such a drastic surgical procedure was akin to the significance of putting a man on the moon or seeing a different planet for the first time. Others equated it with Frankenstein-like aspects, raising bioethical questions and concerns.

“The news about Barney Clark stunned the doctors by making headlines around the world”, Dr. Jarvik says. “Enormous public interest developed, and hundreds of reporters converged on Salt Lake City to cover the story, and the University began to give them daily briefings, which were completely uncensored. All medically significant events in the post-operative course were reported, successes and setbacks alike.”

The University of Utah achieved its research and educational goals with the success of that first seven-hour surgery and there were several more implantations of the Jarvik 7 heart over the next year.  Soon after, it became a more widely used temporary total artificial heart, bridging patients to transplant.