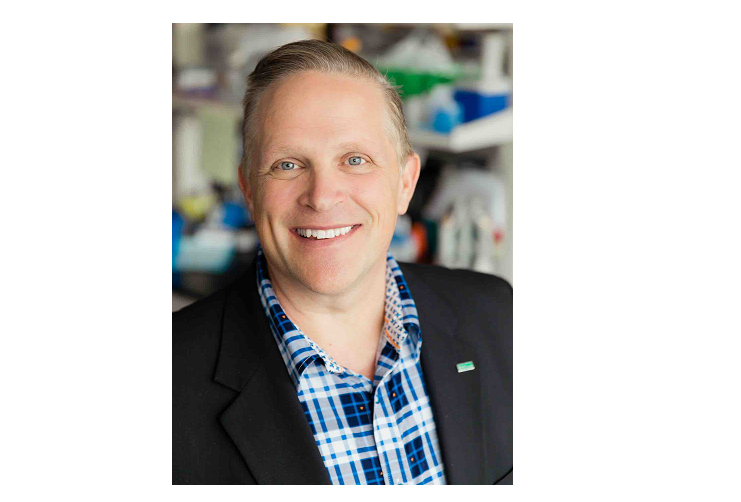 SALT LAKE CITY – A new initiative aims to speed the process of bringing lifesaving medical discoveries made in University of Utah laboratories to new drugs and therapies for patients. The university’s Huntsman Cancer Institute (HCI), College of Pharmacy, and the Partners for Innovation, Ventures, Outreach & Technology (PIVOT) Center have partnered to establish the University of Utah Therapeutics Accelerator Hub (U2TAH, or the Accelerator). The new Accelerator will provide resources and expertise to researchers to support the process of translating research discoveries into innovative clinical applications. U2TAH will be operated by the PIVOT Center, providing the resources needed to develop university-based therapeutic technologies and bring them into the clinic.

The major goal of the Accelerator is to eliminate hurdles that often hinder the process of translating laboratory discoveries into new drugs for patients. Federal government and private industry research often supports discovery research done in a lab and clinical research that tests whether new medicines effectively treat patients. However, between the discovery research and clinical research phases, a process called preclinical development must occur, wherein drug candidates are refined and tested for safety. Relatively little funding exists to support the challenging process of preclinical development, so at many universities, promising new drug candidates languish after discovery and are never advanced to human testing. The Accelerator will work to provide the vital preclinical development expertise to help bridge the gap between laboratory discoveries and clinical research.

“Utah is a world leader in medical research discoveries that make a major difference in the lives of patients,” said Mary Beckerle, PhD, CEO of HCI. “Utah has incredible assets in terms of scientific expertise and a commitment to improving human health. With this new Accelerator, we will advance progress in the translation of scientific discoveries into lifesaving medical treatments.”

The Accelerator will be seeded with a $22.5 million investment from HCI and the College of Pharmacy. The Accelerator will link University of Utah scientists with key internal and external resources and expertise to assist their work in order to speed the process of bringing new lifesaving drugs to patients. The PIVOT Center will manage the process of bringing new discoveries to market through partnerships, licensing, start-up companies, and other strategic efforts. Although cancer treatments are expected to be of great interest to the Accelerator, all disease areas are eligible for support through this endeavor.

Randall Peterson, dean of the College of Pharmacy, noted, “Utah has an impressive tradition of innovation and fundamental discovery in biomedical research. The establishment of U2TAH will ensure that more of these innovative discoveries receive the attention and resources needed to transform them into lifesaving medicines.”

The Accelerator will be led by industry veteran David Bearss, PhD, in his role as the Accelerator’s senior managing director. During his career, Bearss has managed research teams to bring 16 new drugs to clinical-stage testing, several of which went on to become approved drugs, including decitabine (Dacogen), guadecitabine, dubermatinib, alvocidib, seclidemstat, and quarfloxin. Bearss has held multiple roles in pharmaceutical development, including as co-founder and CEO of Tolero Pharmaceuticals and SuperGen, and as chief scientific officer and global head of research of Sumitomo Dainippon Pharma Oncology. Bearss previously served as co-director of the Center for Investigational Therapeutics at HCI, associate professor of oncological sciences at the University of Utah, and associate professor of physiology and developmental biology at Brigham Young University. Bearss has more than 50 patents issued or pending.

“The commitment to establish and invest in the Accelerator demonstrates how the U is building on its legacy of therapeutic discovery and research to focus on driving translational medical breakthroughs,” said Andrew Weyrich, PhD, vice president for research at the University of Utah. “Through these efforts, the U is making a deep cross-campus commitment to bridge discoveries into life-changing treatments for patients.”

The Accelerator will begin its work immediately. An external advisory board led by industry experts will be established in the coming weeks.

About the Partners for Innovation, Ventures, Outreach & Technology (PIVOT) Center

The Partners for Innovation, Ventures, Outreach & Technology (PIVOT) Center leads the University of Utah’s centralized and integrated strategy and operation for technology commercialization, corporate engagement, and economic development. In doing so, the PIVOT Center serves as a hub for the U to foster partnerships between industry, university, and government entities. The center formalizes the U’s commitment to broaden its impact on Utah’s economy by enhancing local and global collaborations to catalyze innovation. Dedicated to helping the U’s faculty inventors bring their innovations to market, the PIVOT Center (previously known as the U’s Center for Technology & Venture Commercialization [TVC]) is responsible for all aspects of invention management, patent prosecution, licensing, startup formation and support, equity management, and early stage funding. The center’s mission is to generate economic returns for the university and the state of Utah, expand the university’s reputation for innovation, and positively impact society. The University of Utah was recently ranked 2nd among large research universities for “innovation productivity impact.”

Huntsman Cancer Institute (HCI) at the University of Utah is the official cancer center of Utah. The cancer campus includes a state-of-the-art cancer specialty hospital as well as two buildings dedicated to cancer research. HCI treats patients with all forms of cancer and is recognized among the best cancer hospitals in the country by U.S. News and World Report. As the only National Cancer Institute (NCI)-Designated Comprehensive Cancer Center in the Mountain West, HCI serves the largest geographic region in the country, drawing patients from Utah, Nevada, Idaho, Wyoming, and Montana. More genes for inherited cancers have been discovered at HCI than at any other cancer center in the world, including genes responsible for hereditary breast, ovarian, colon, head, and neck cancers, along with melanoma. HCI manages the Utah Population Database, the largest genetic database in the world, with information on more than 11 million people linked to genealogies, health records, and vital statistics. HCI was founded by Jon M. and Karen Huntsman.

About the University of Utah College of Pharmacy

The University of Utah College of Pharmacy is committed to excellence and innovation in the education of future pharmacists, research in the pharmaceutical sciences, and service to the community and profession. As a national leader in the application of pharmaceutical sciences to personalized medicine, the college is transforming patient care through the discovery of novel therapeutics and optimization of outcomes for existing medications. A focus on innovation and imagination is the basis of a tradition that has led the college to its premier standing. Of the 140+ pharmacy schools in the United States, the University of Utah College of Pharmacy has consistently ranked in the top ten pharmacy schools on the basis of research funding awarded by the National Institutes of Health.